Get fresh music recommendations delivered to your inbox every Friday.

Past the Forest of the Fruitless Thoughts 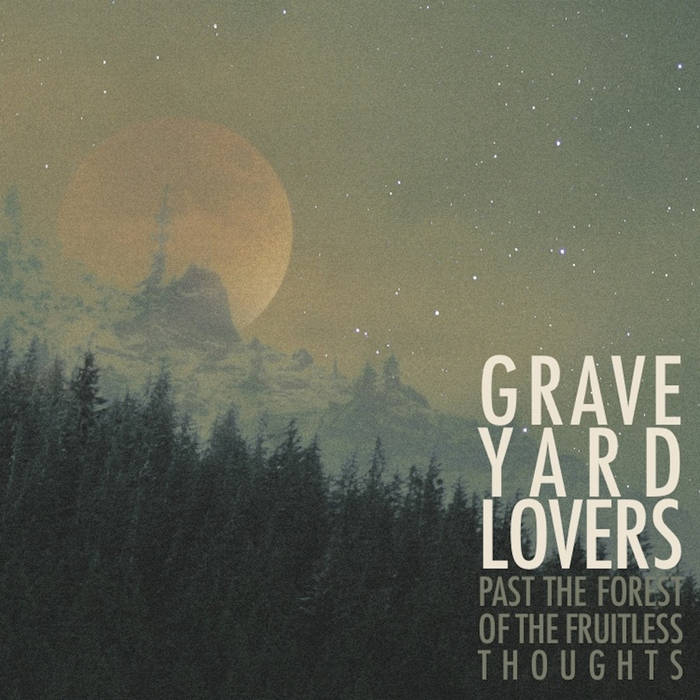 We recorded Past the Forest at The Radar Studio in Clinton, CT with our good friend and co-producer Will Benoit. We didn't quite know what we were going for, so experimentation was really important. Half of the album was written while recording. We were unapologetically channeling the 90's catalog we grew up on, but still allowed ourselves to be influenced by more experimental bands of the last decade. In other words, not too cool to go for the heartfelt, Pearl Jam chorus but keeping it current with a nod to bands like interpol and Modest Mouse. Its kind of my vision of where rock music would have gone if the internet didn't happen. Not a radical idea, but I would like to see more bands go there.
-Zach

Produced by Graveyard Lovers and Will Benoit
Engineered by Will Benoit and Daryl Rabidoux
Recorded with solar power at The Radar Studio in Clinton, CT
Artwork By Andrew Weiss
Design by Carah Cronin